10 in one: Explore all the checkpoints for Dunav Ultra: Via Pontica 19

2019-08-30
Homepage, UncategorizedComments Off on 10 in one: Explore all the checkpoints for Dunav Ultra: Via Pontica 19

On September 6, a total of 100 amateur cyclists from four countries gather in Bulgarian city of Vidin. The event is named Dunav Ultra: Via Pontica and is a personal adventure that promotes the tourist route of the same name – Dunav Ultra. During their personal journey, cyclists will travel a total of 683 km. Although their travel is not a race, the fastest ones are expected to cover the distance in less than 48 hours. The main group of participants is expected to reach the Black Sea in the Durankulak village region within 5 days.

All cyclists will pass through more than 90 settlements – all Bulgarian cities and villages along the Danube river and Dobrudja region, as well as through 10 specially selected landmarks – checkpoints. See who they are:

BABA VIDA FORTRESS, VIDIN
The Baba Vida castle-fortress is the most preserved medieval castle in Bulgaria. The remains of the ancient Roman town Bononia are buried in the foundations of the site. The castle was the residence of the Bulgarian Tsar Ivan Sratsimir. After the fall of the Second Bulgarian State Baba Vida turns into a military castle and even a prison. 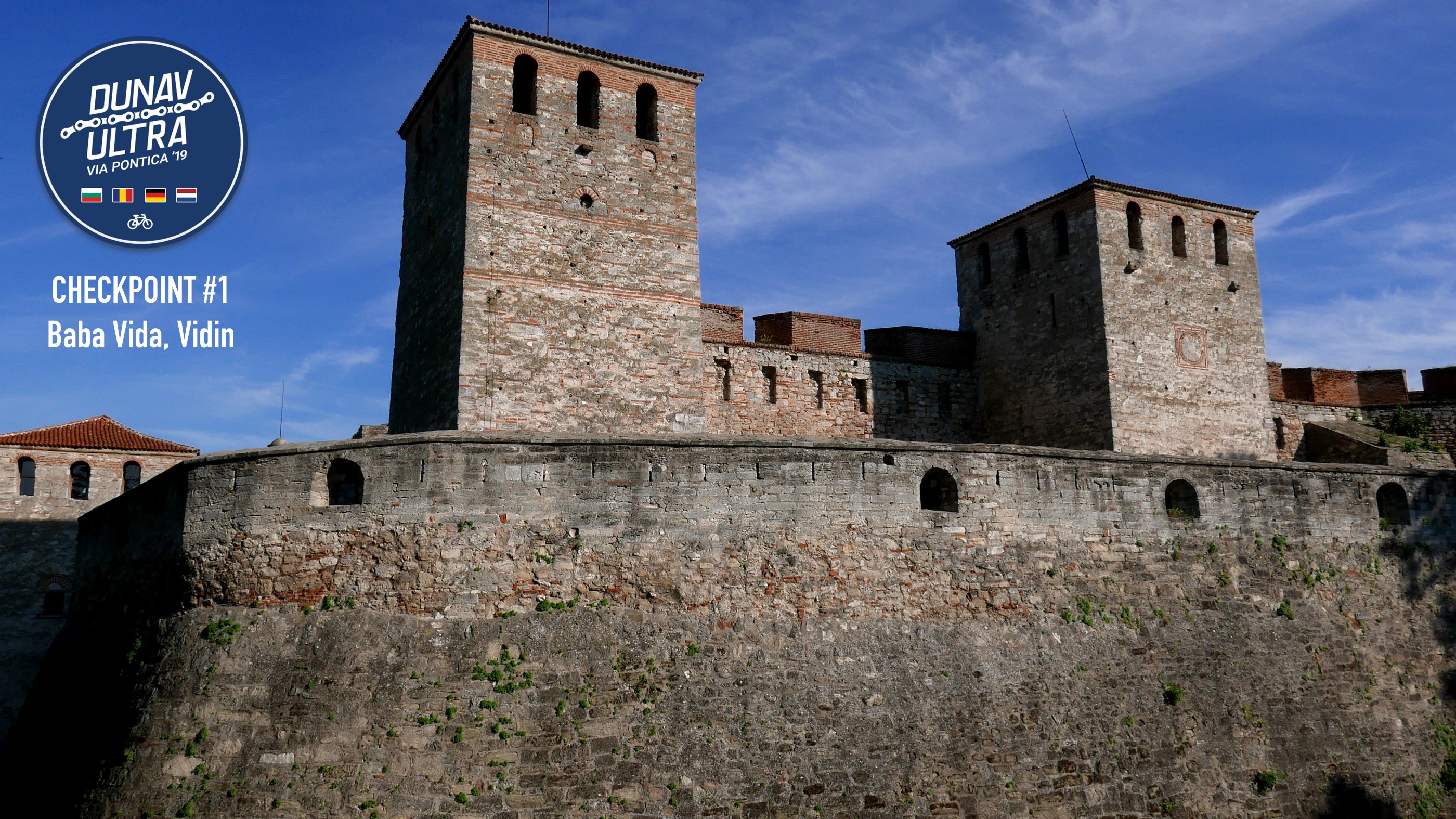 ULPIA OESCUS, GIGEN
Ulpia Oescus is the most important Roman city II-IV AD in the province of Lower Mizia (Danube river basin in present-day Serbia and Bulgaria). Nowadays, the town located on the territory of the village of Gigen, Pleven district is one of the most amazing archeological sites in the Balkans. Logically, Oescus is one of the most interesting sites to visit – part of the Dunav Ultra Cycle Route.

MEDIEVAL TEMPLE, NIKOPOL
The Church of St. apostles Peter and Pavel is a small medieval temple in the town of Nikopol. Historical details about the site for the first time gives us the explorer Felix Kanitz – the church is present in his old painting from the 18th century. The temple dates back to the 14th century, making it one of the most important preserved works of medieval Bulgarian construction. Nowadays the site is archaeologically preserved, while the main dome of the church is inclined, resembling the Tower of Pisa.

DIMUM, BELENE
The remains of the ancient Roman castle Dimum are located on the Danube bank in the town of Belene. During the Roman Empire, the castle was a defensive facility and a river customhouse. Dimum was an important part of the so-called Limes – a complex infrastructure of castles, roads, cities and towns that the Romans built along the Danube, incl. on the territory of Bulgaria nowadays. 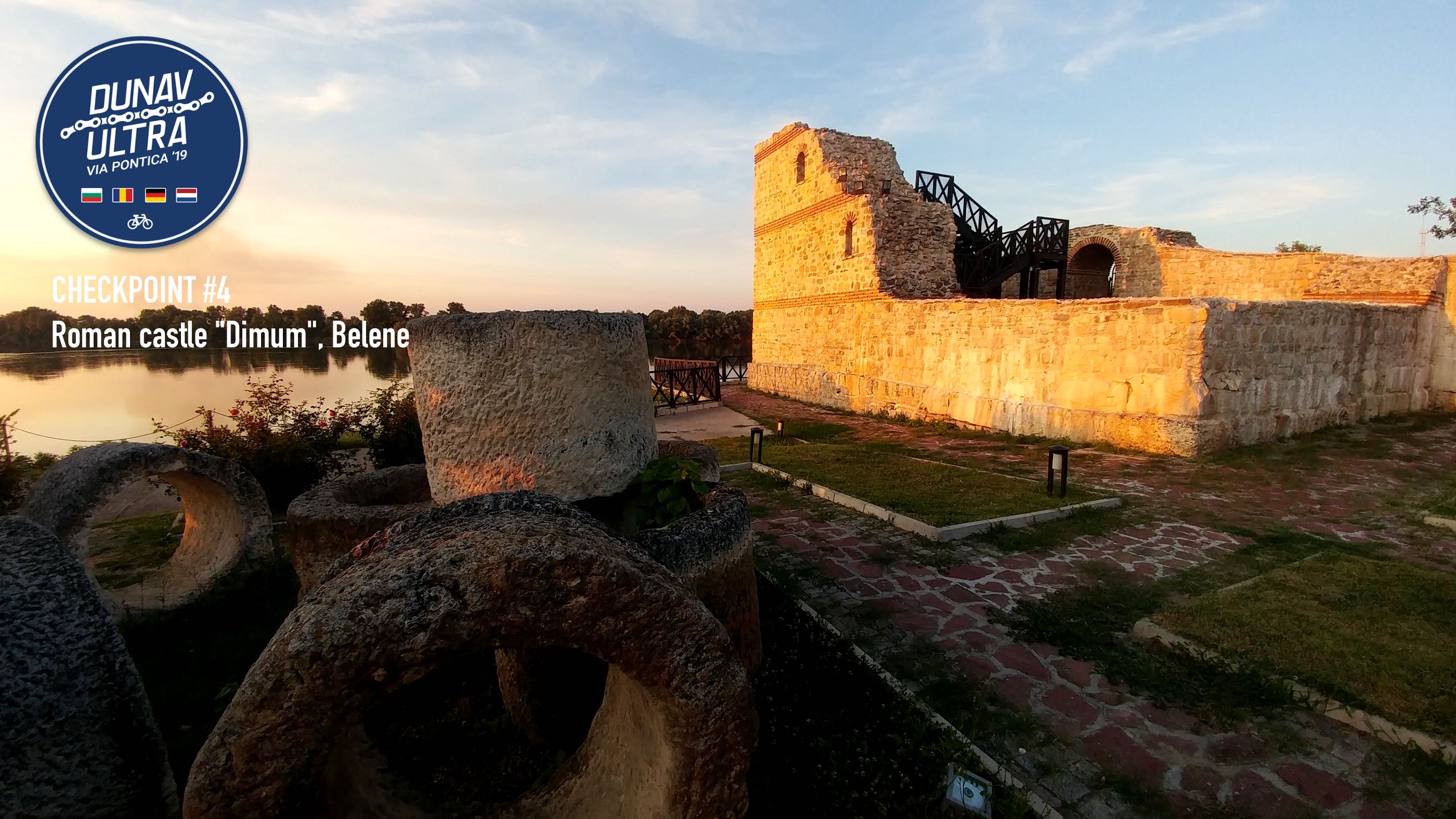 CLOCK TOWER, SVISHTOV
The clock tower in the center of Svishtov is one of the oldest of its kind in the country and one of the symbols of the Danube town. It was built around 1760 by master Bogdan, and about 130 years ago, a new watch mechanism, manufactured in Austria, was replaced and installed. The style of the tower is Renaissance, it is a remarkable cultural and historical site in the city center of Svishtov.

ROCK MONASTERY OF BASARBOVO, BASARBOVO
The Basarbovo Monastery is the oldest rock monastery in Bulgaria. It is located next to the village of Basarbovo, Ruse. The place is connected to the name of St. Dimitar Basarbovski, who really existed and lived in this place. It is believed that the relics of St. Dimitar are miraculous, nowadays they are located in the city of Bucharest.

STATUE OF LIBERTY, RUSE
The Statue of Liberty in Ruse is an impressive memorial ensemble created by the famous Italian sculptor Arnoldo Tzoki. The monument is located in the ideal center of Ruse and impresses with style and grace. Under the obelisk, where the figure of Freedom is presented in full size, are placed two lions holding a torn metal chain – a symbol of the release of the chains of the slavery. 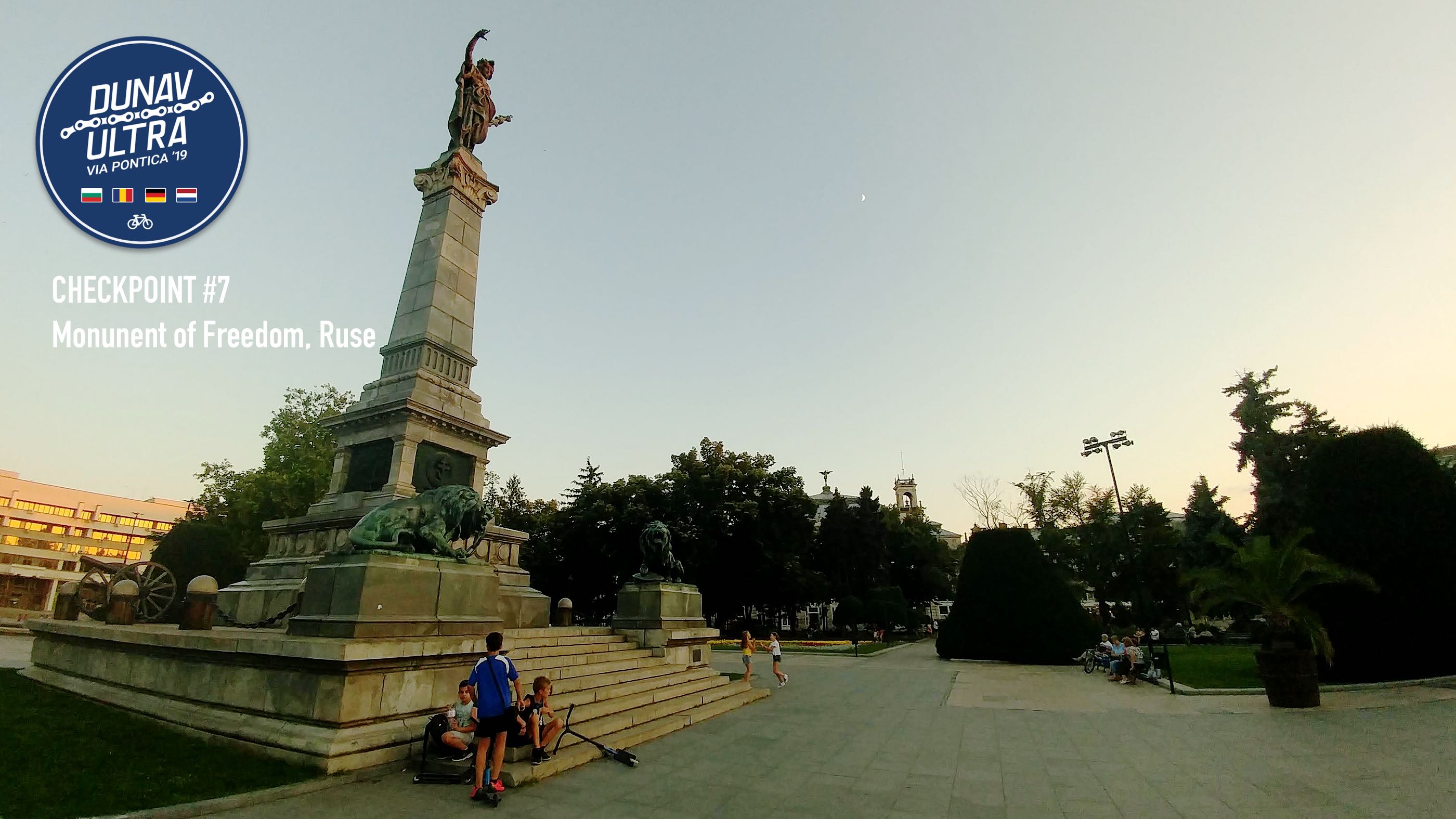 KOMSOMOLETS 123K, TUTRAKAN
The torpedo boat 123K “Komsomolets” is one of the total of 8 combat units built in the USSR between 1950 and 1953. Today, the cutter sits on a pedestal in the Danube Park of Tutrakan. Before becoming a monument, the vessel was part of the Bulgarian naval fleet at the Black Sea. 123K “Komsomolets” was presented as a monument 36 years ago in honor of the “gratitude to friendship with the Bulgarian and Soviet nations”. 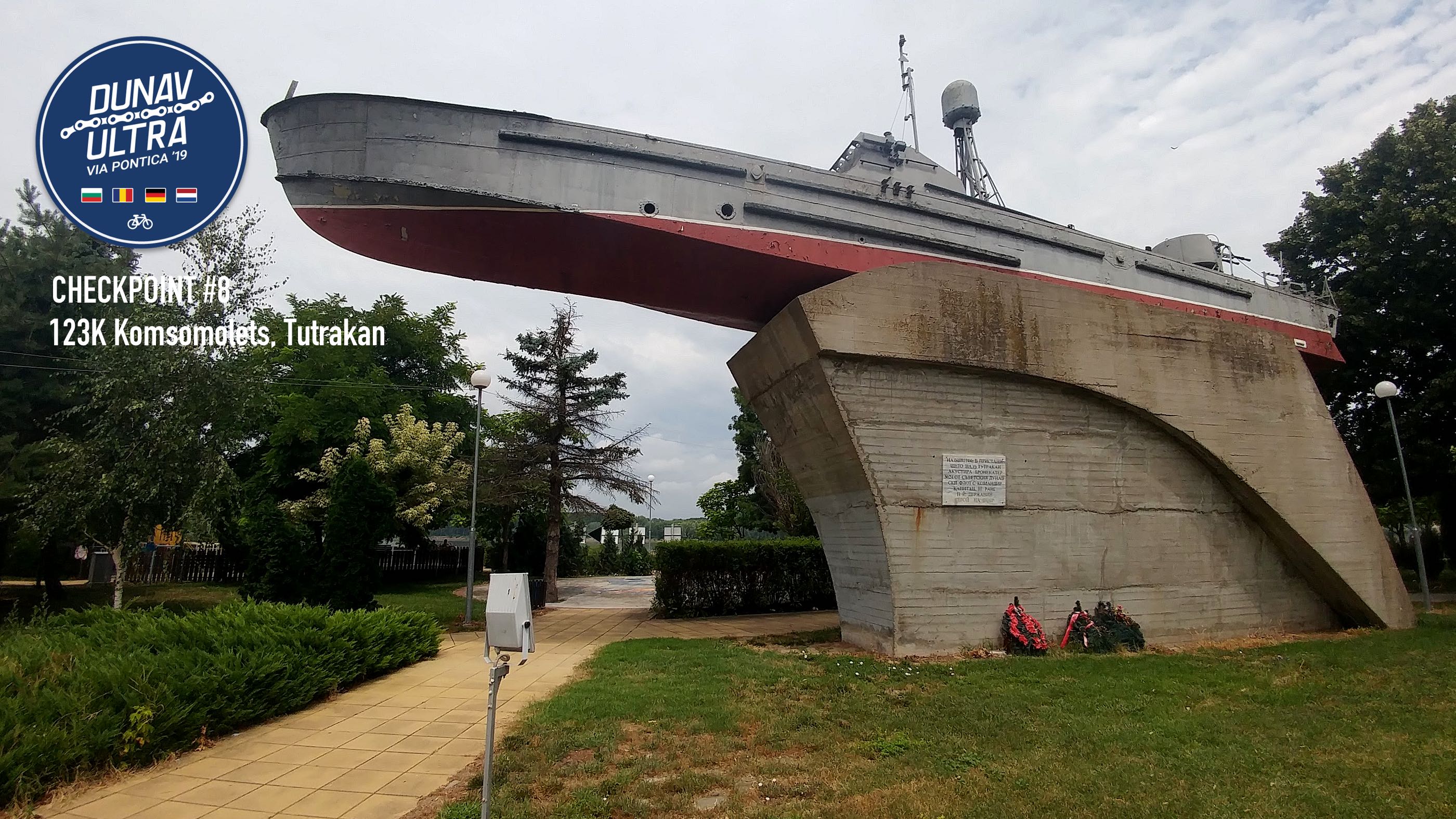 BIOSPHERE BARK SREBARNA, SREBARNA
Biosphere Park Srebarna is an impressive natural lake phenomenon with a natural connection to the Danube River. The place is only one of its kind along the Danube in Bulgaria. Nowadays the Biosphere Park is a natural reserve of rare birds, plants, aquatic animals and organisms. A colony of Dalmatian and Pink pelicans nests in Srebarna. 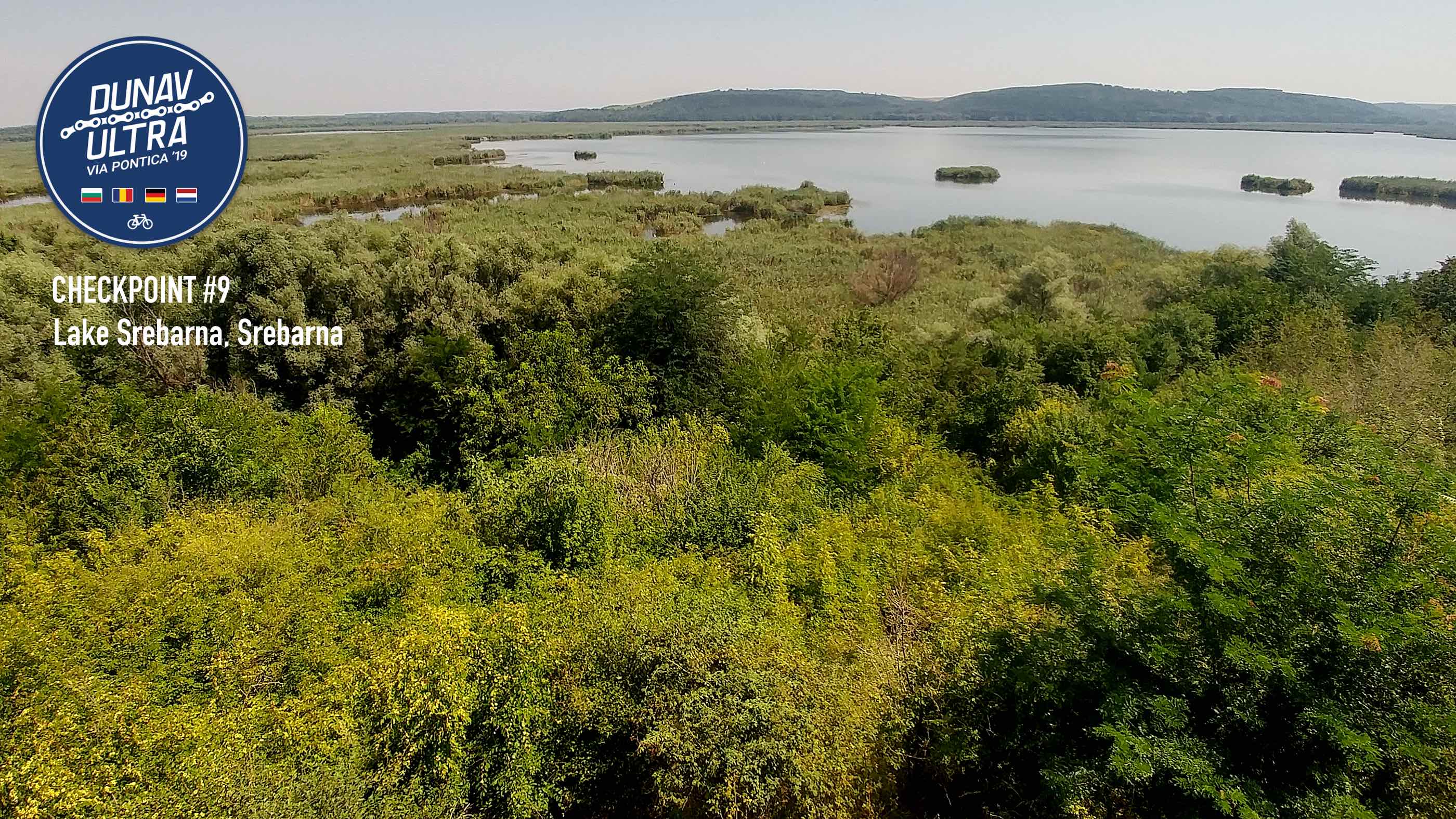 MEDZHID TABIA FORTRESS, SILISTRA
Medzhid Tabia fortress is an exceptionally well preserved fortification facility from 18-19 century. The fortress played an important role as part of the “Danube fortification system”, near the northern border of the Ottoman Empire. The fort was built on the plans of the German engineer Helmuth von Moltke, and in 1847 accepted the name of Sultan Abdul Medjid who visited the site.

Route map for Dunav Ultra: Via Pontica ’19 by Dunav Ultra on plotaroute.com