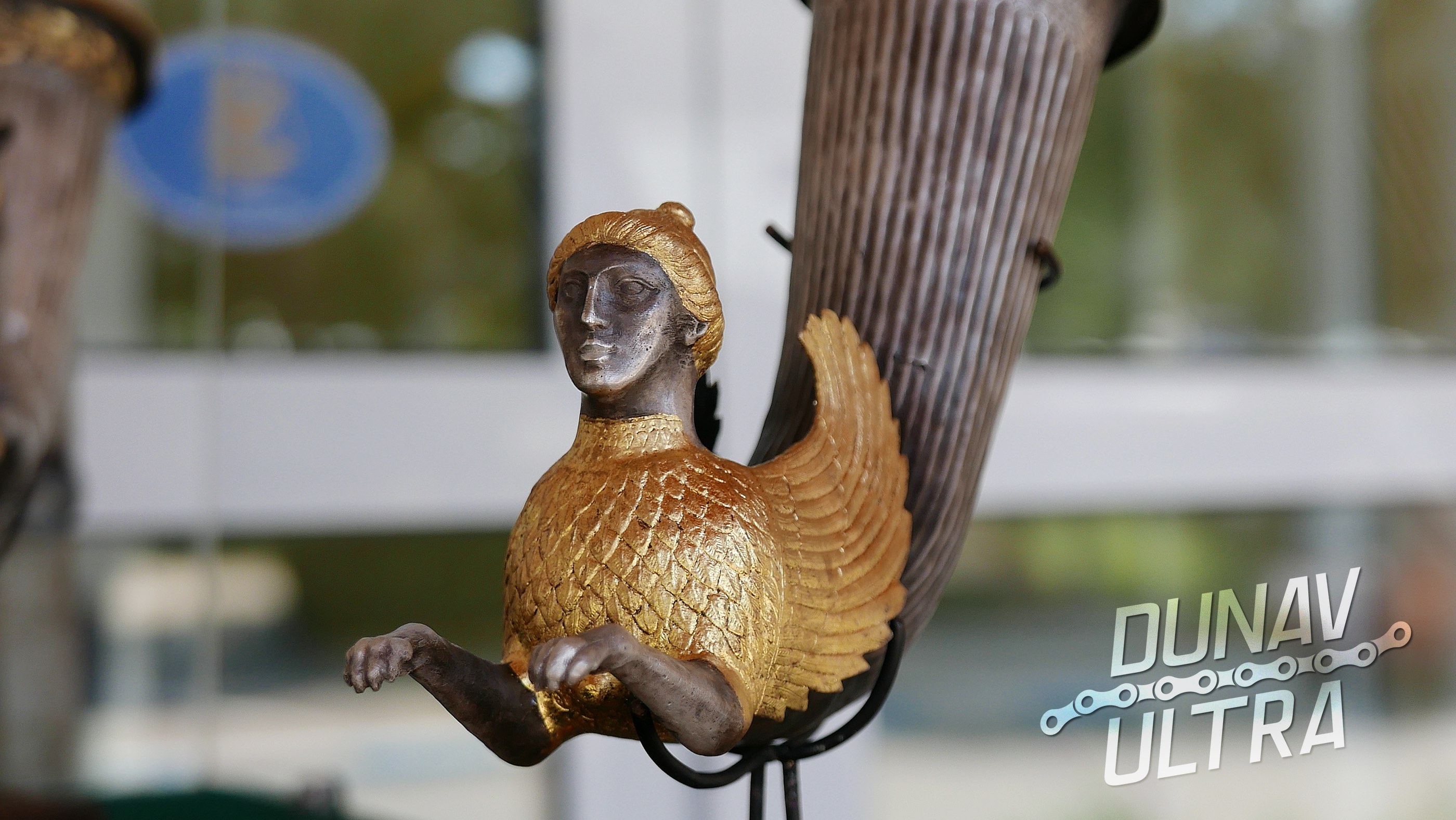 The Borovo Treasure is among the 100 Dunav Ultra Highlights

The unique Thracian treasure found near Sivri Tepe (the land of today’s Bulgarian town of Borovo) is among the “100 Dunav Ultra Highlights” – the first of its kind Travel list dedicated to the Dunav Ultra Cycle Route. The list presents the most interesting POI – places, objects, natural phenomena, food, flora and fauna along the Danube and Dobruja in Bulgaria – from where the route passes through.

The treasure itself consist a table set of five silver-gilt items – discovered while ploughing a field in 1974. The treasure is an exceptional unique royal ritual service dating back to the 4th century BC. The set includes three rhyta a two handled bowl and a rhyta jug. 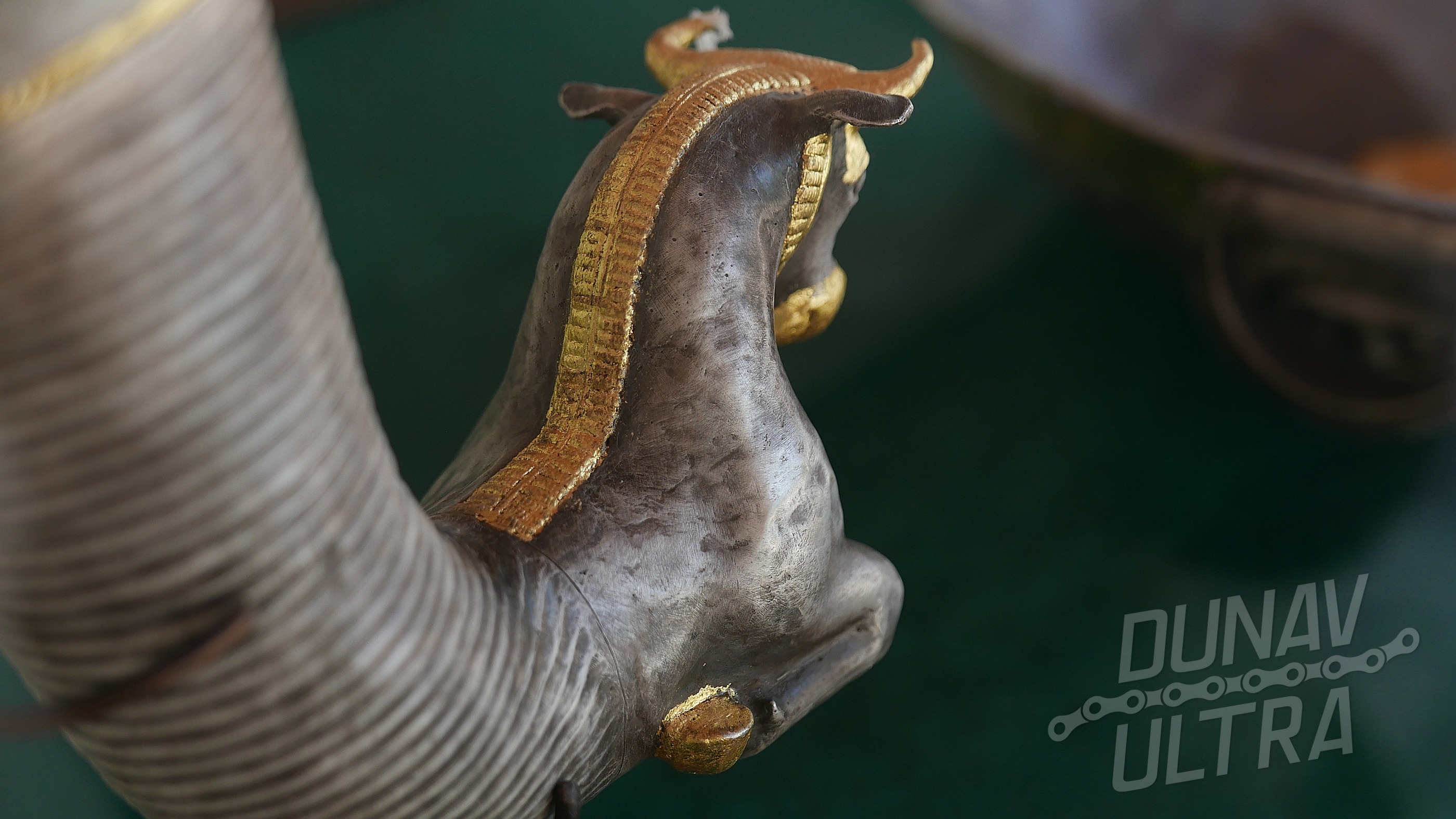 On the inscriptions of two of the rhyta and the jug is mentioned the name of the Thracian king Cortys. It is known that the Thracians used the set for various rituals mostly to mix wine and water. 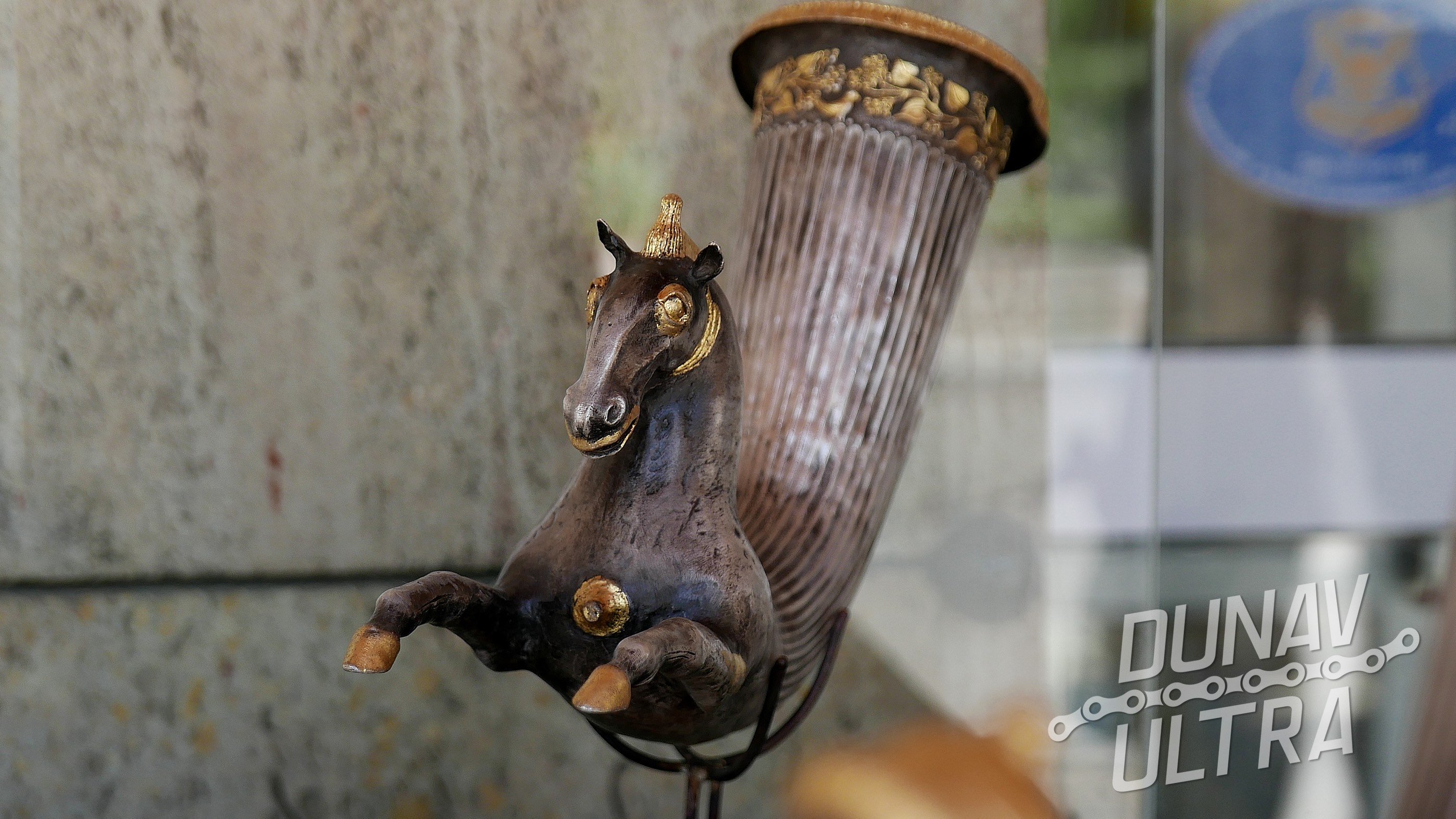 The sphinx rhyton praises wisdom and power, it presents the head of a woman, and the body is a winged lion. The other two rhyta have images of a holy horse and a bull – symbolizing the power and male beginning in nature. 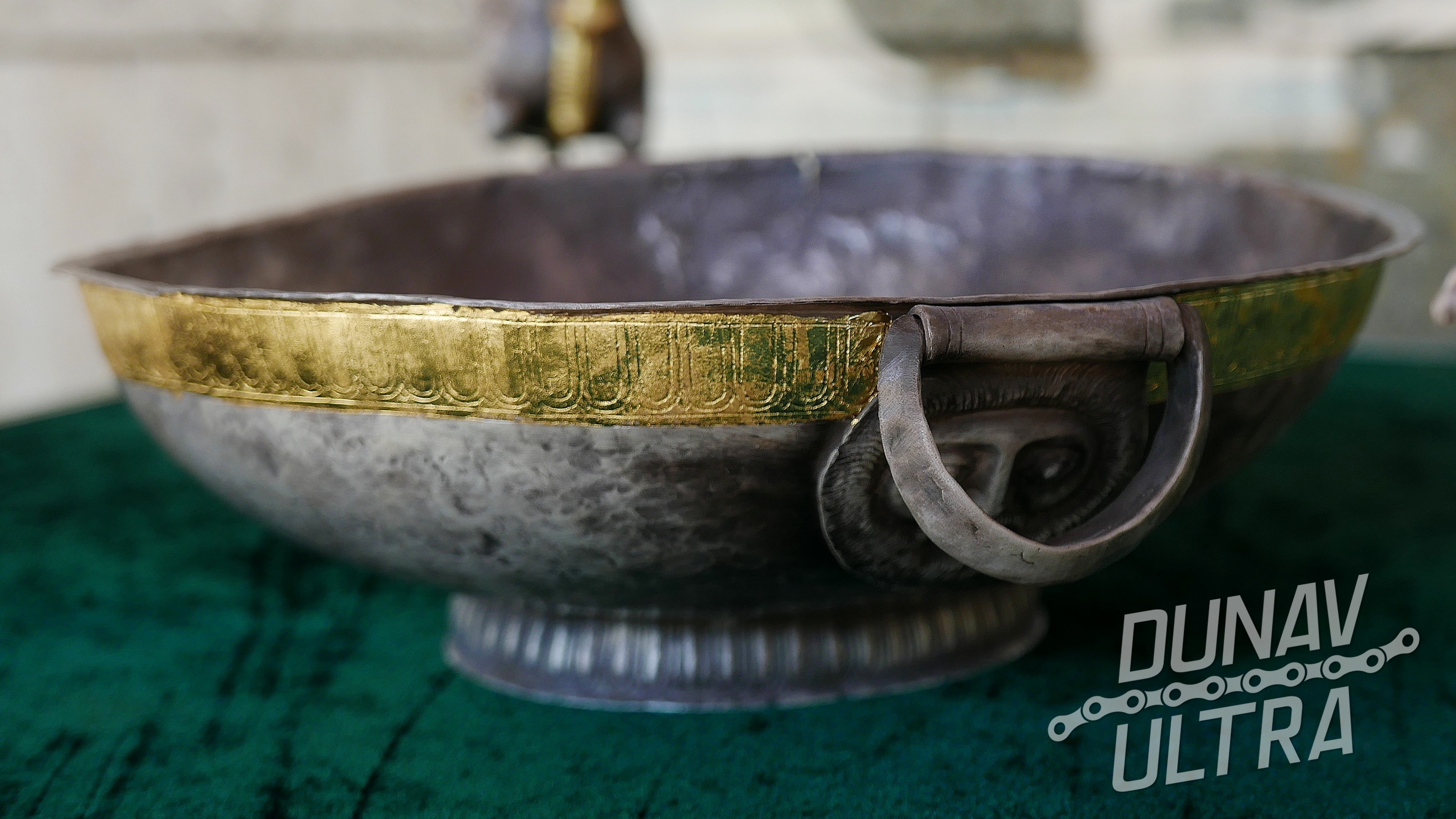 The bowl has two handles in the shape of a satire. At the bottom of the bowl there is an inlaid scene – a mythical creature – a winged griffin with a lion’s body and an eagle’s head that attacks a roe deer. 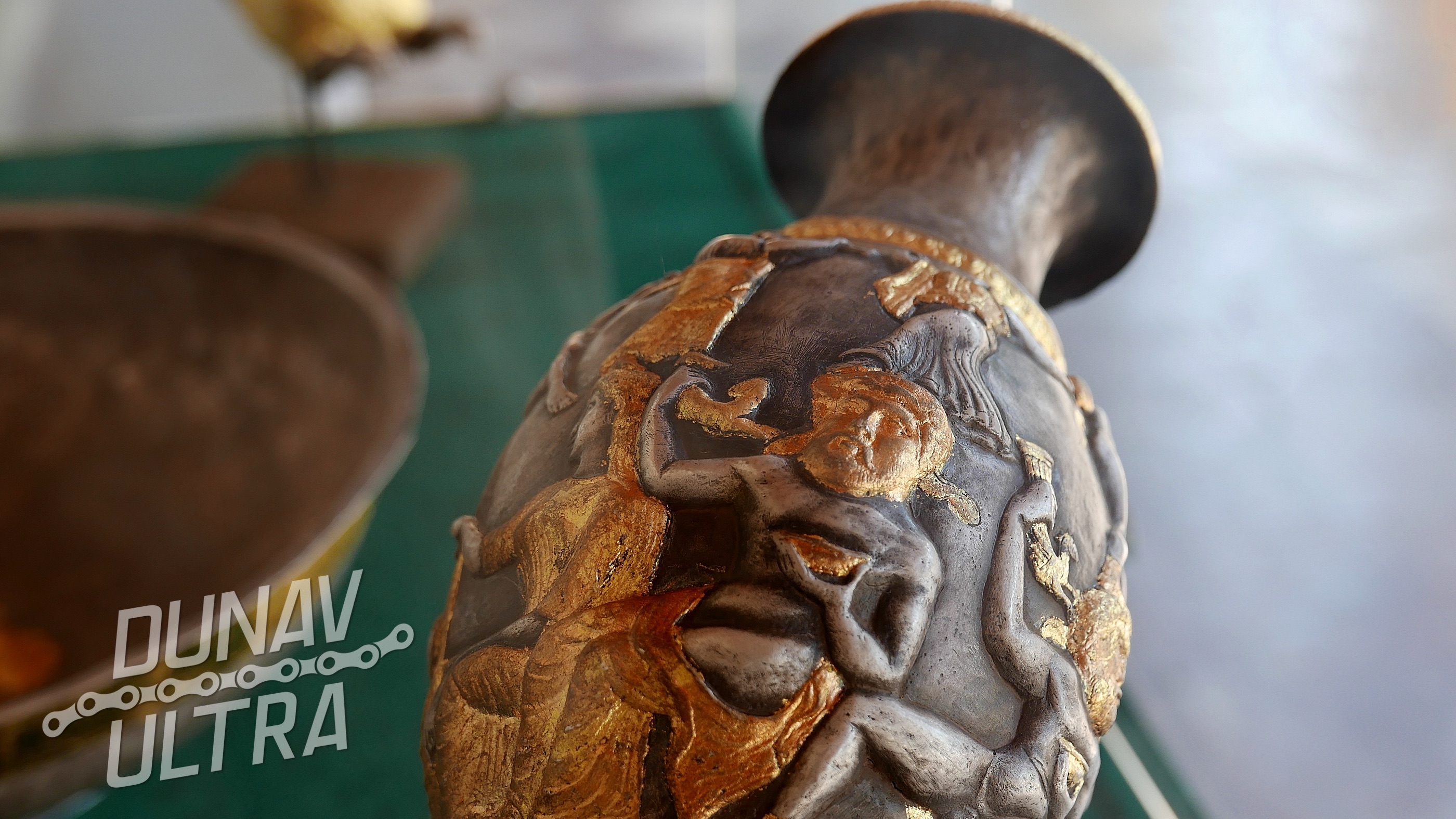 The original of the treasure can be seen at the National Museum of History.