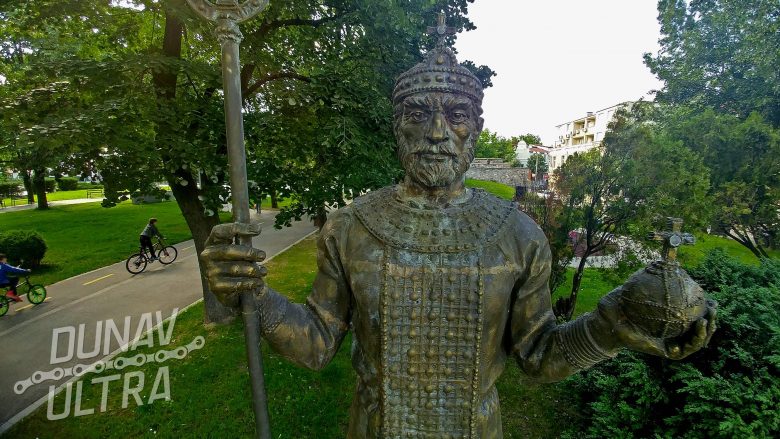 The monument of Tsar Ivan Sratsimir in Vidin is the work of the sculptor Nikolay Haytov, who created the sculpture of Tsar Samuil in Sofia. The latter forms a controversy over Samuel’s bright, blood-red eyes. Interestingly, the statue of Ivan Sratsimir (ruler of the Vidin kingdom 1356-1396) also has luminous elements.

With white, green, and red light (the colors of the Bulgarian national flag) three crosses shine at night – one in the king’s hand, the other in the center of his crown, and the other in the bag in the left hand of the ruler. The statue is laid on a pedestal in the area of the Danube park, and is 2.30 m high.

In addition to the statehood, the work of Ivan Sratsimir is connected today with the large-scale construction of the Baba Vida Castle, which expanded and the towers were built precisely under his reign. Today, Baba Vida is the only fully preserved medieval fortress in Bulgaria. Visit Vidin to explore Baba Vida from the inside.